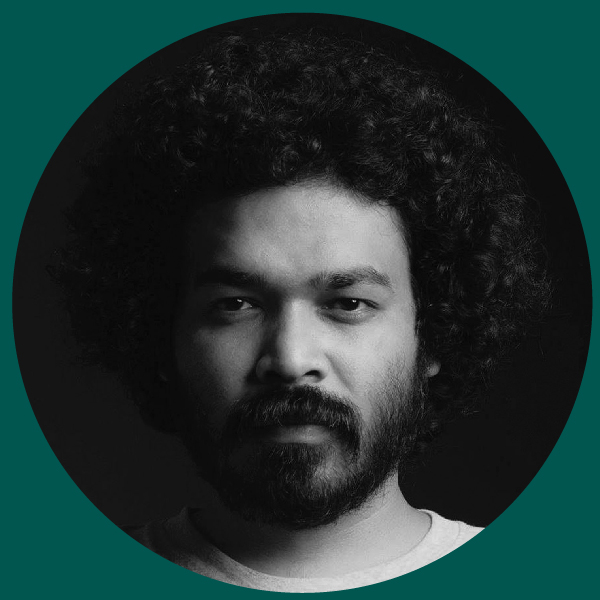 Zihan Karim is an audio-visual artist from Bangladesh. He is known to work with a range of media which includes moving image, installation, sound and painting. Karim’s artworks are known to create a dialogue between the real and the virtual. He stages interventions in the cityscape using film projections and tries to lead his viewers into a perceptual world through his work. Karim is a recipient of the Honourable Mention Award at Bangladesh Asian art Biennale in 2012 and 2016. He is a core member of the ‘Jog art space’ collective. Karim has participated in various exhibitions in Bangladesh and abroad. He partook at the Dhaka Art Summit (2012,2016,2018), International Short & Independent Film Festival Dhaka (2012), Asian Art Biennale (2012, 2014,2016,2018), 5th Fukuoka Asian Art Triennale (2014), Itoshima Art Festival (2014); Next Art Tainan (2015); Yinchuan Biennale (2016), Xiluo Contemporary Art Festival (2016), Cinnamon Colombo Scope (2016), Kathmandu Triennial 2017.