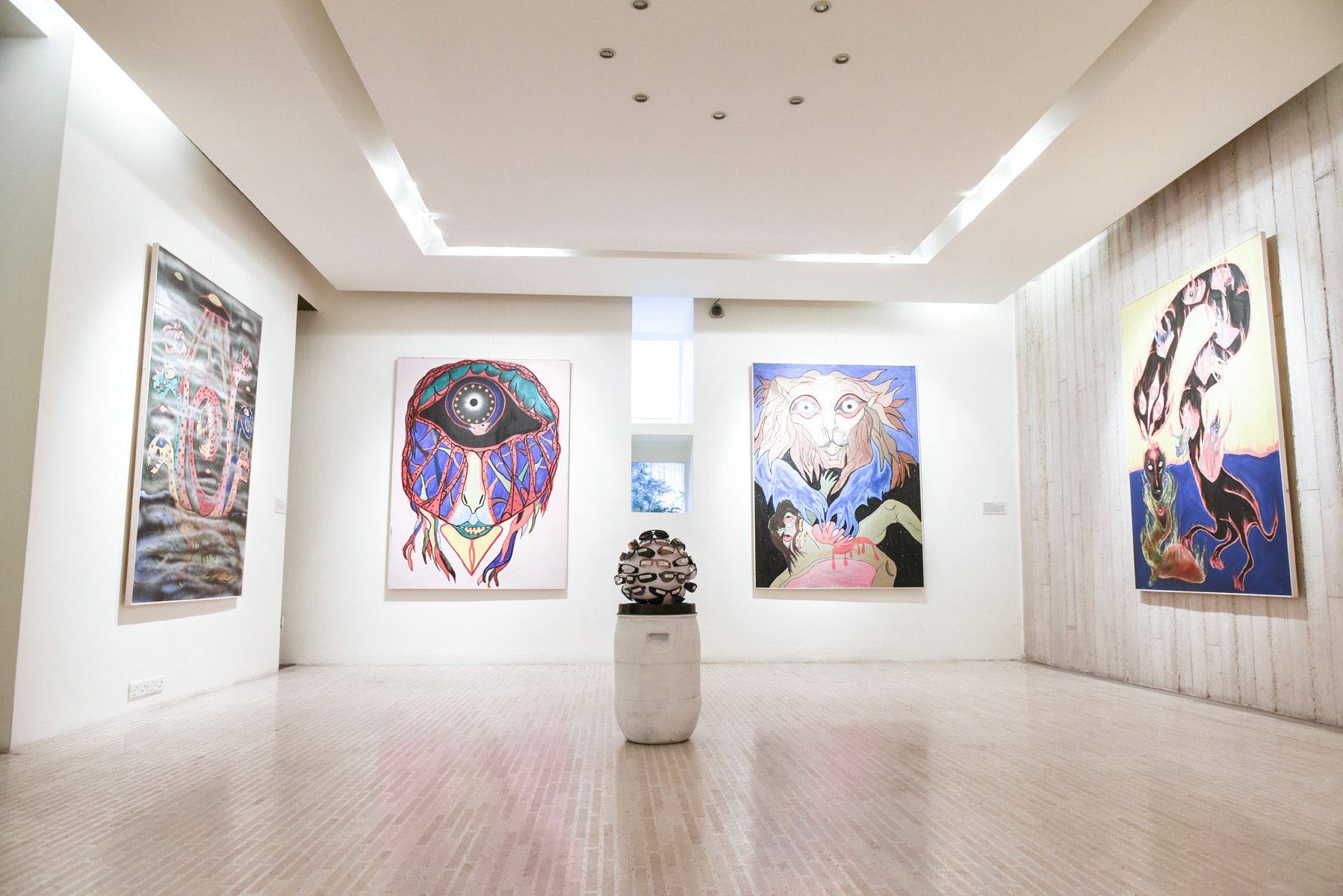 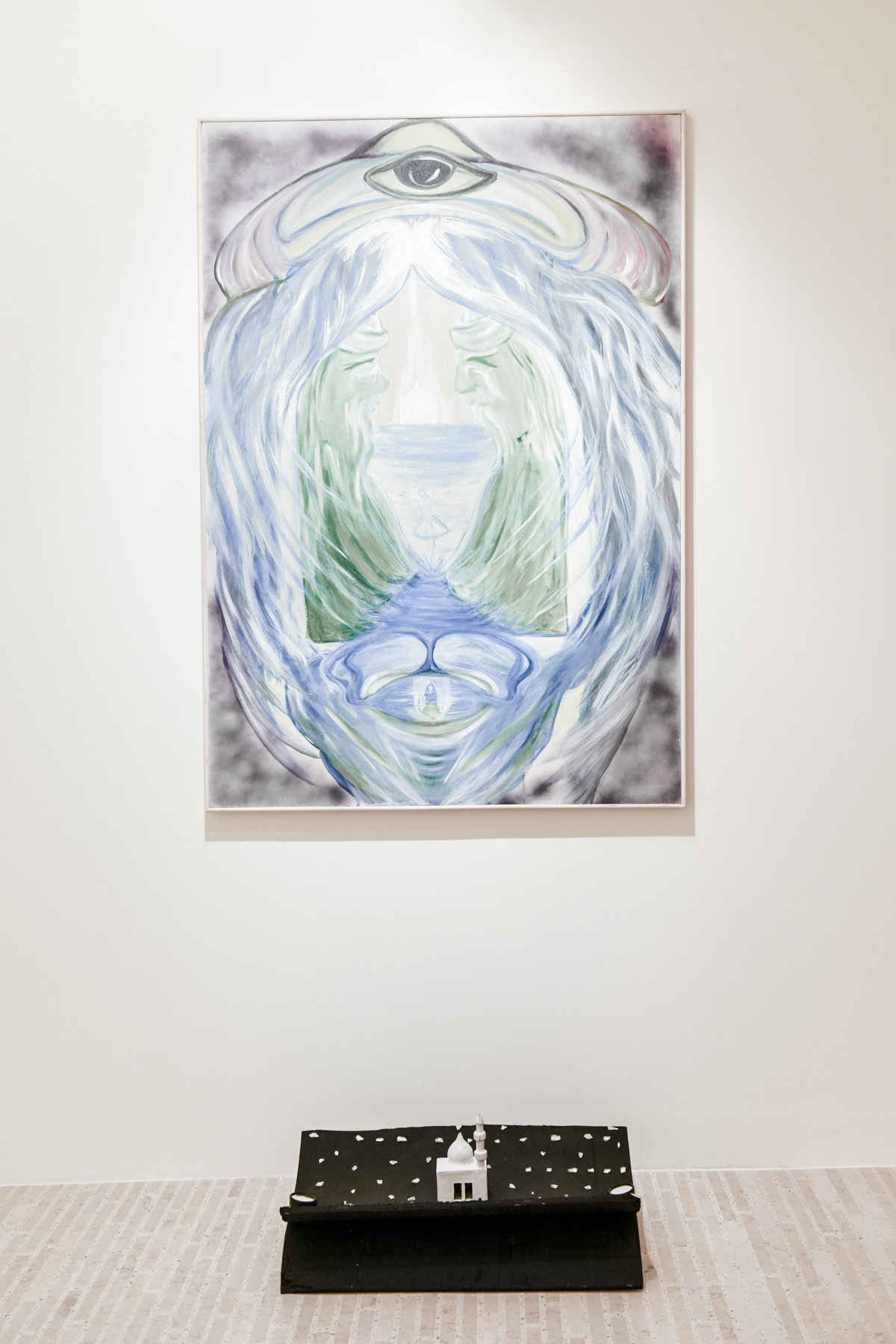 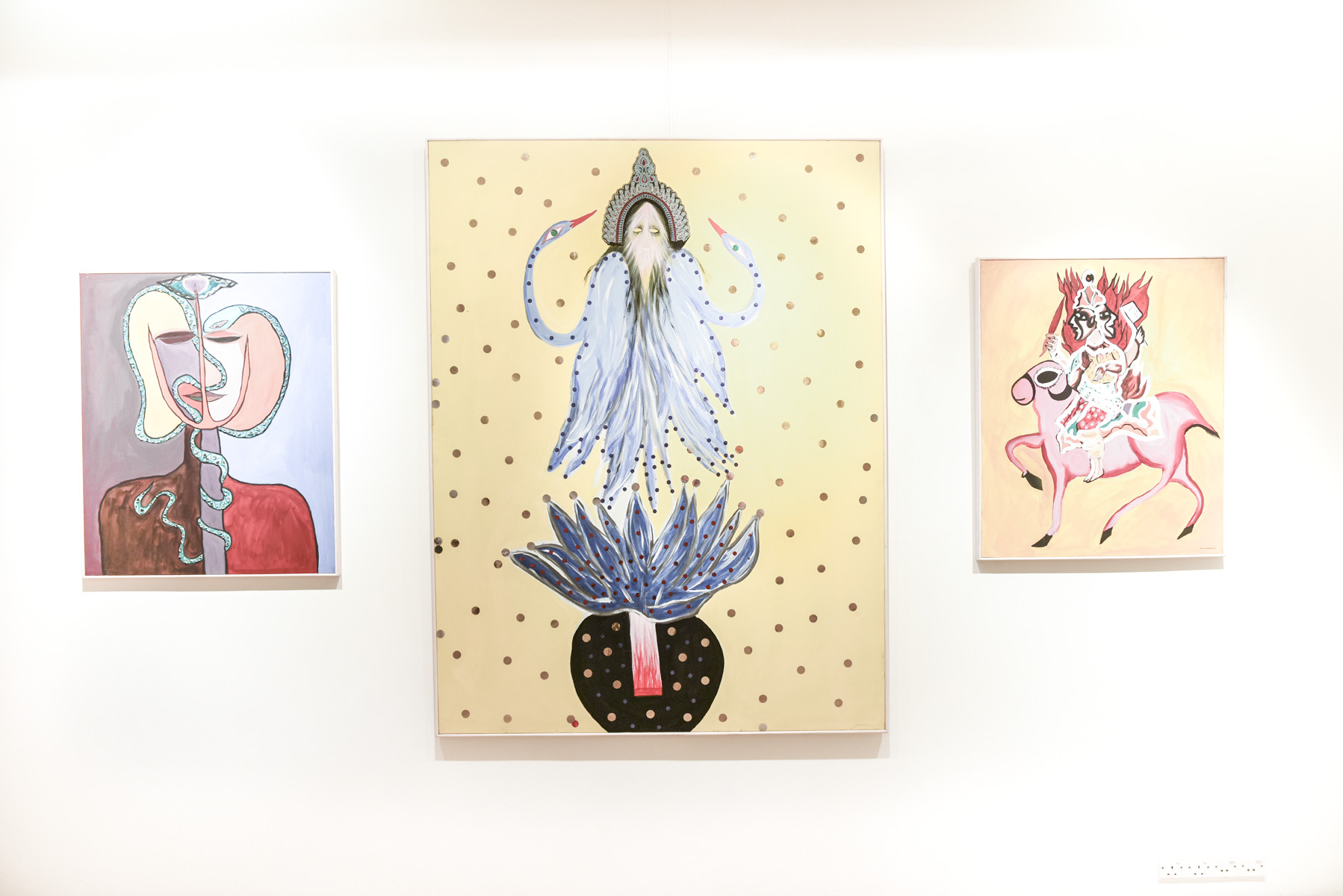 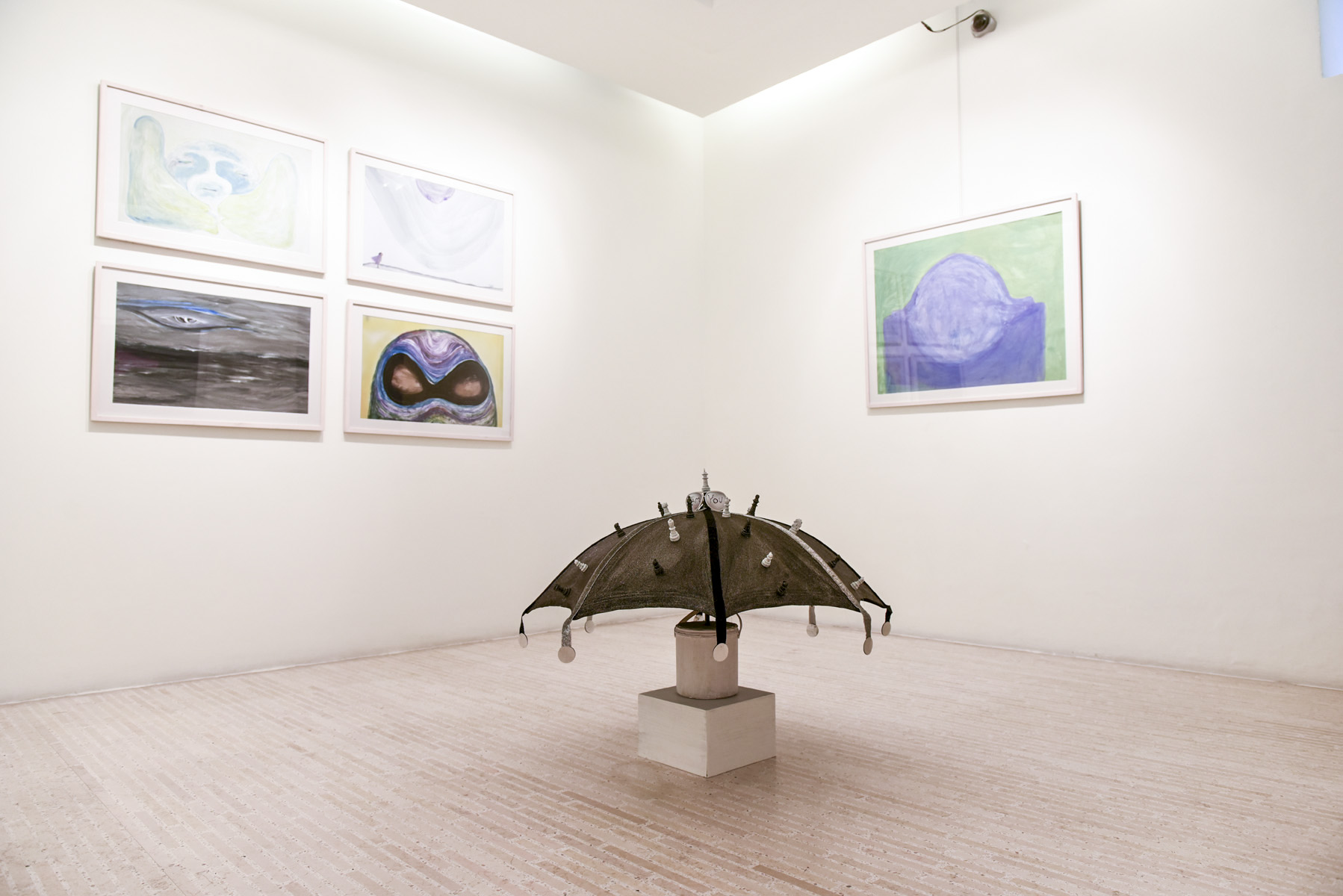 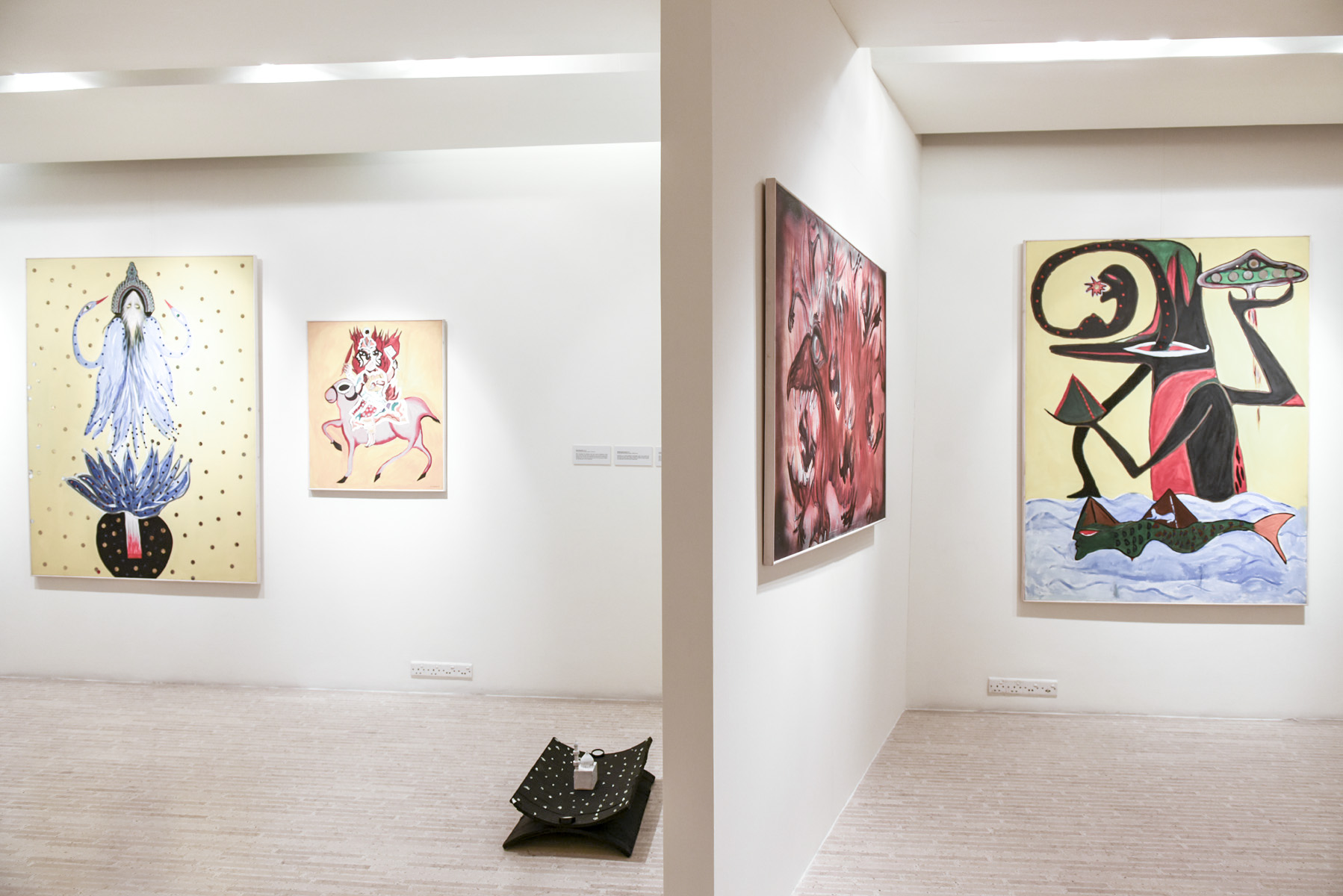 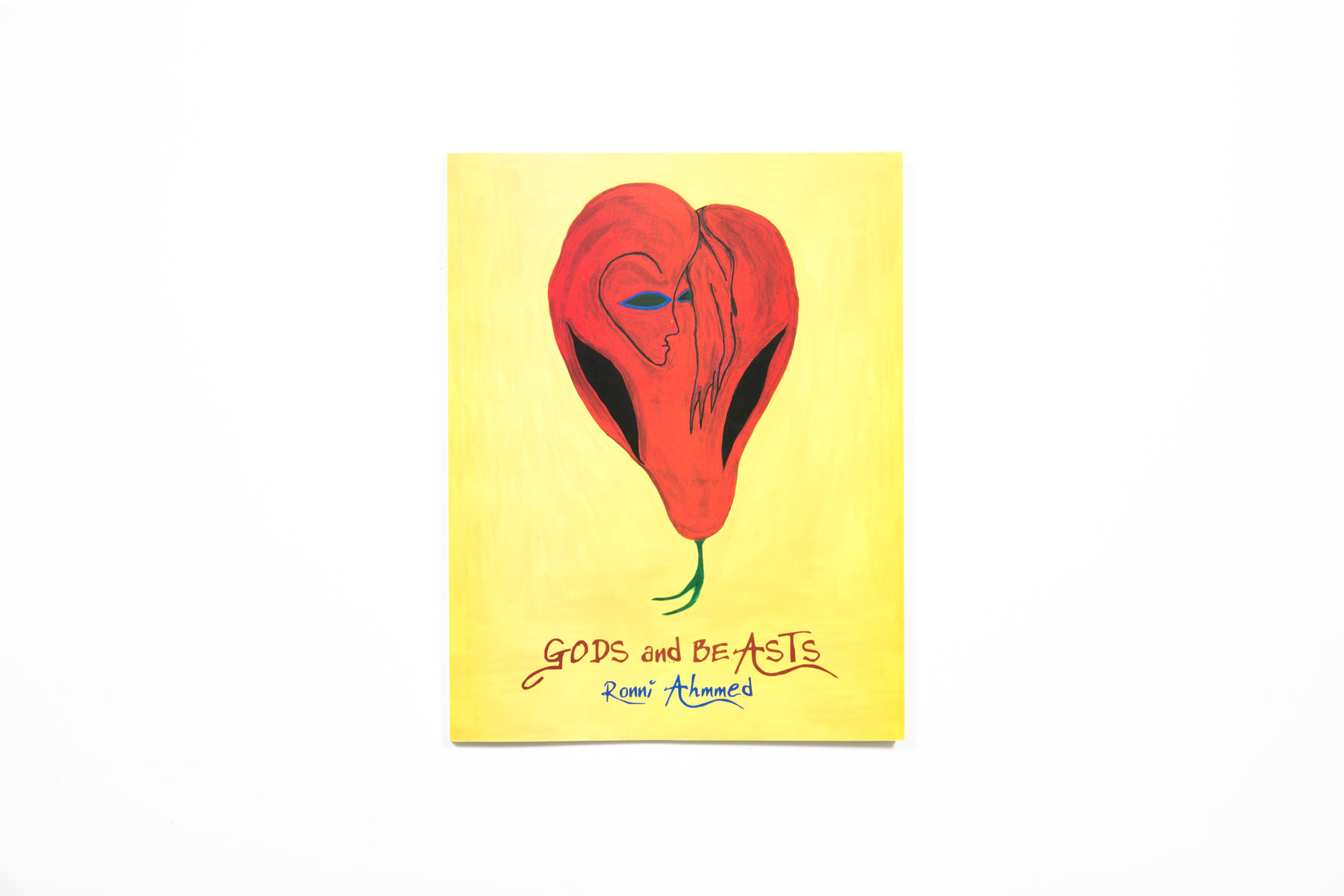 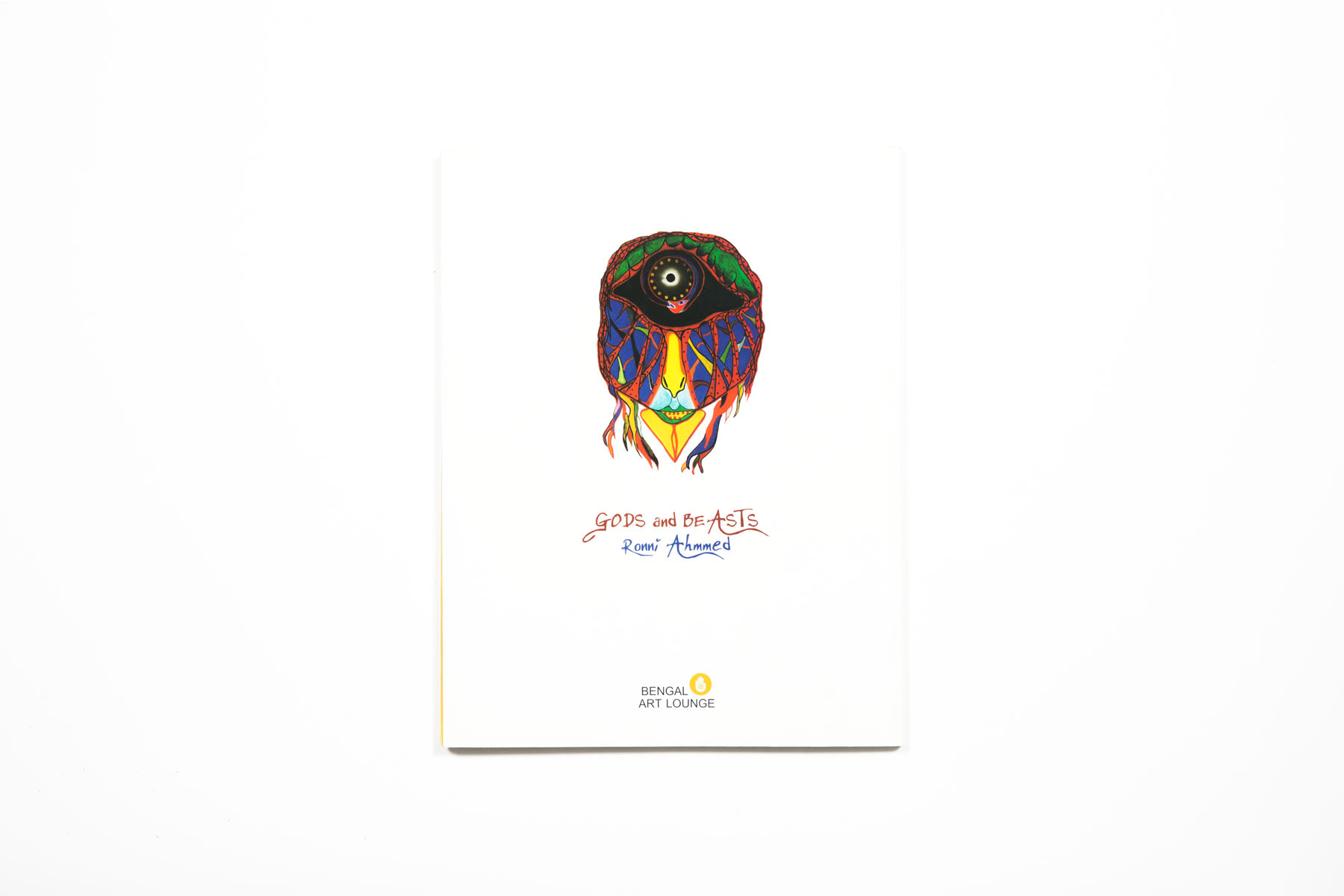 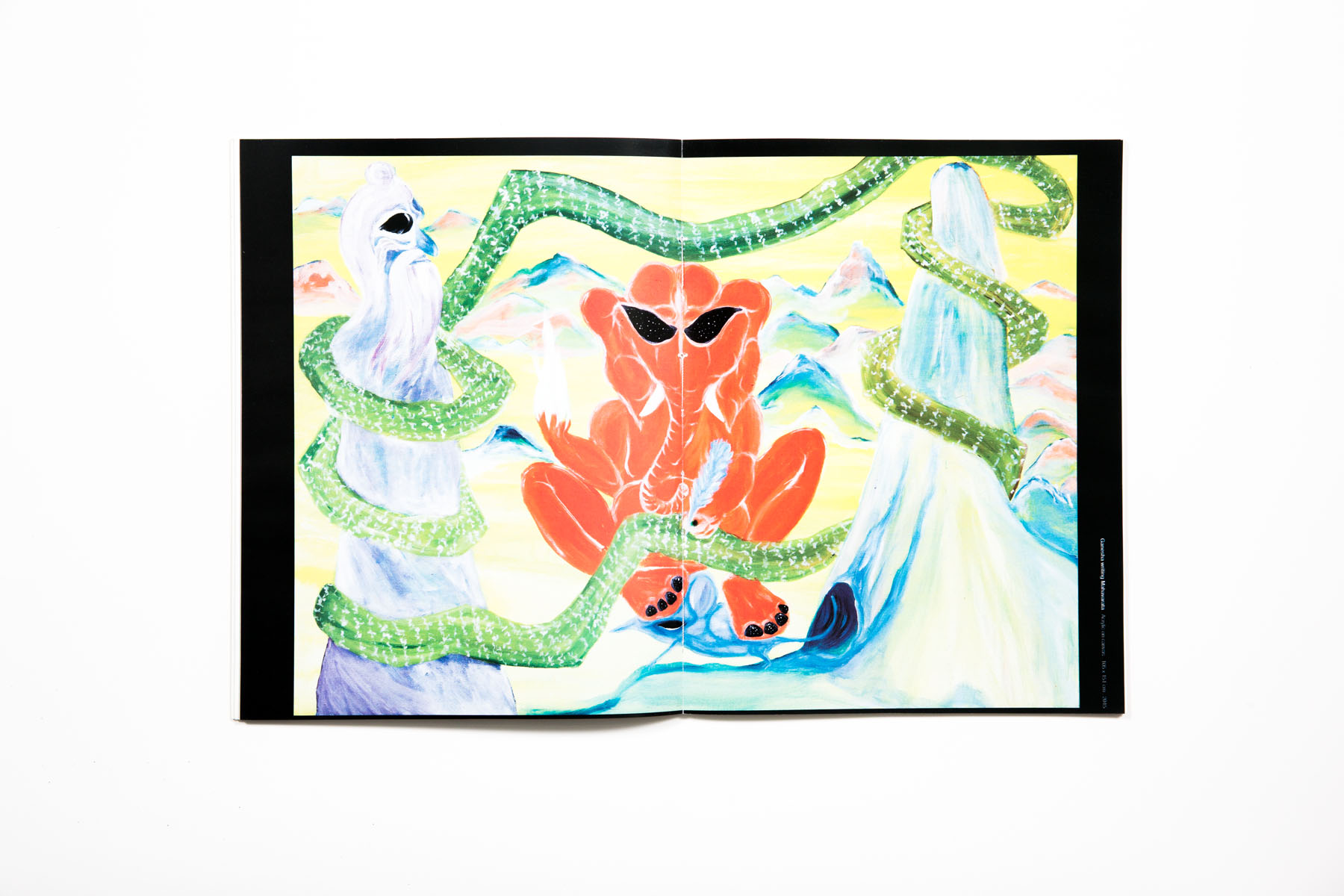 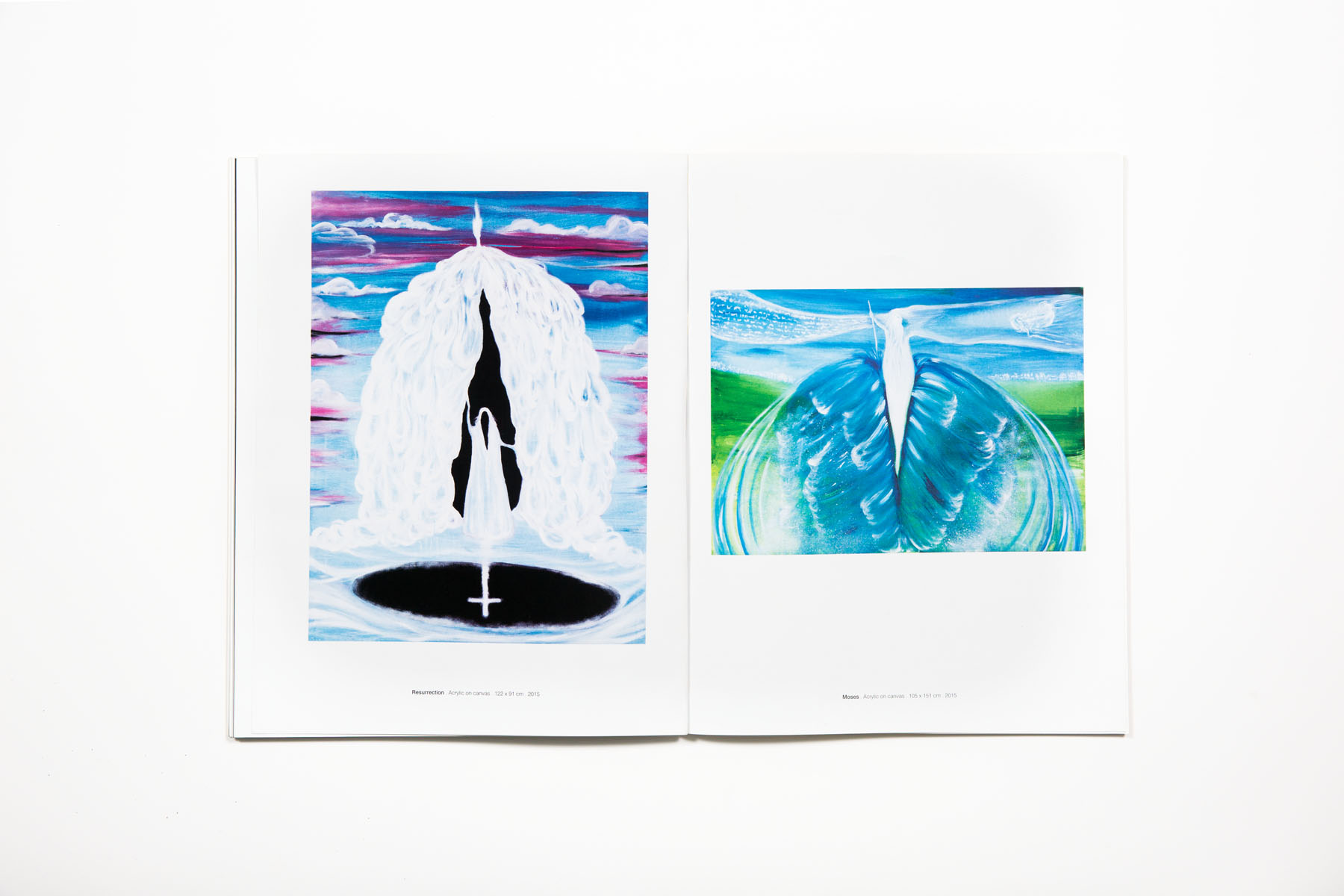 Ronni Ahmmed browses through the great religious traditions that have crossed Bengal at one point or the other in Gods and Beasts, with a particular interest for spiritual figures of Buddhism, Hinduism and, of course, Sufism. Sometimes reminiscent of the American comic books of the mid-twentieth century – with flashy palette and gruesome graphic details – his large colorful canvases bring an original point of entry into these century-old traditions.

Completed by various installations and a video-work, this exhibition is testament to Ahmmed's research on how humans relate to the sacred in contemporary societies torn between the appeal of “progress” and the deference to age-old traditions. As such, Gods and Beasts continues a quest first initiated in the seminal exhibitions Mythoronnia (2004) and Archeology of Noah's Ark (2005).

Web review of 'Gods and Beasts'