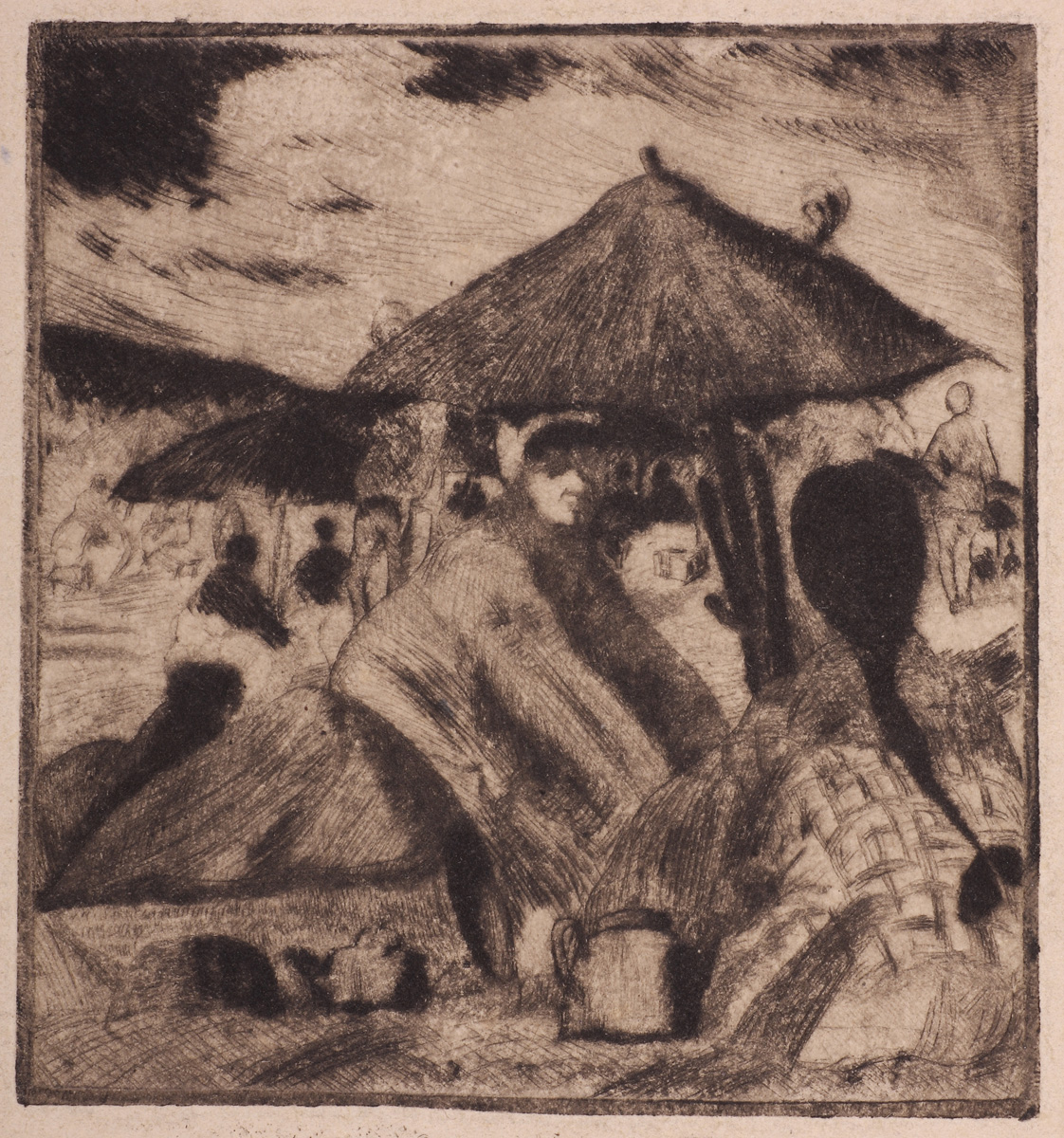 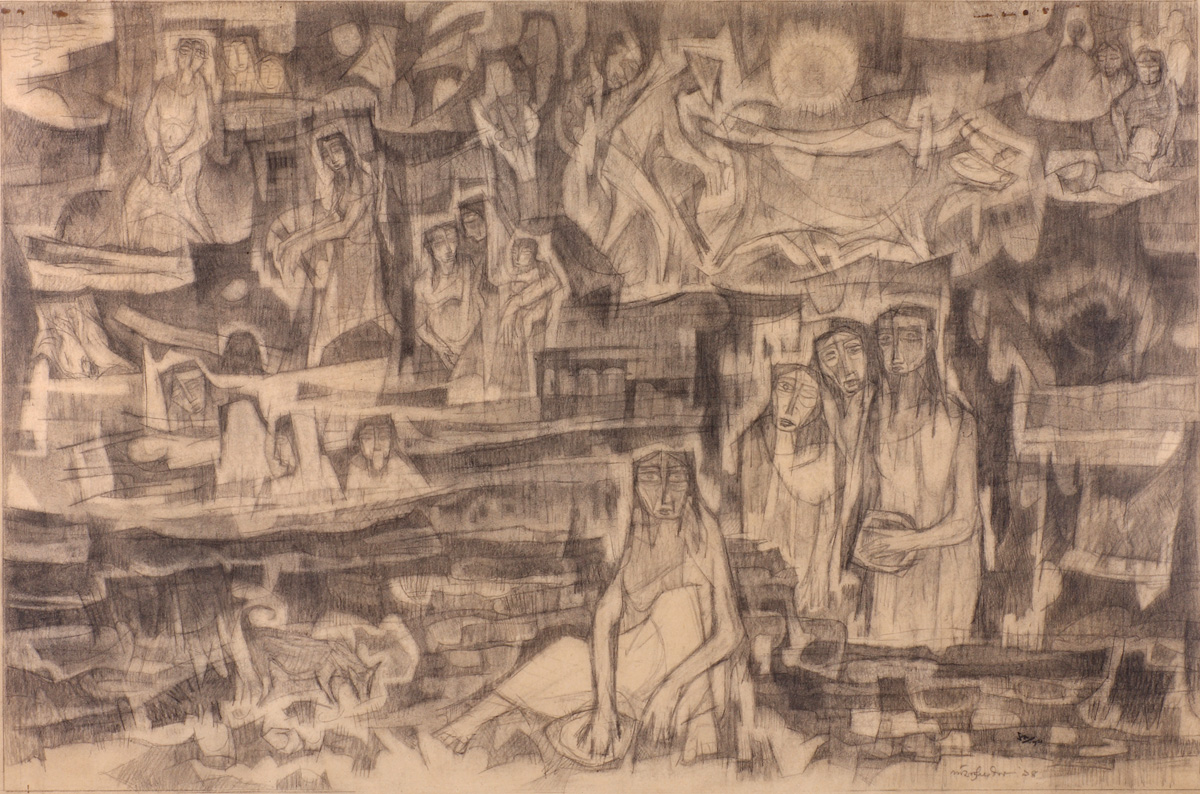 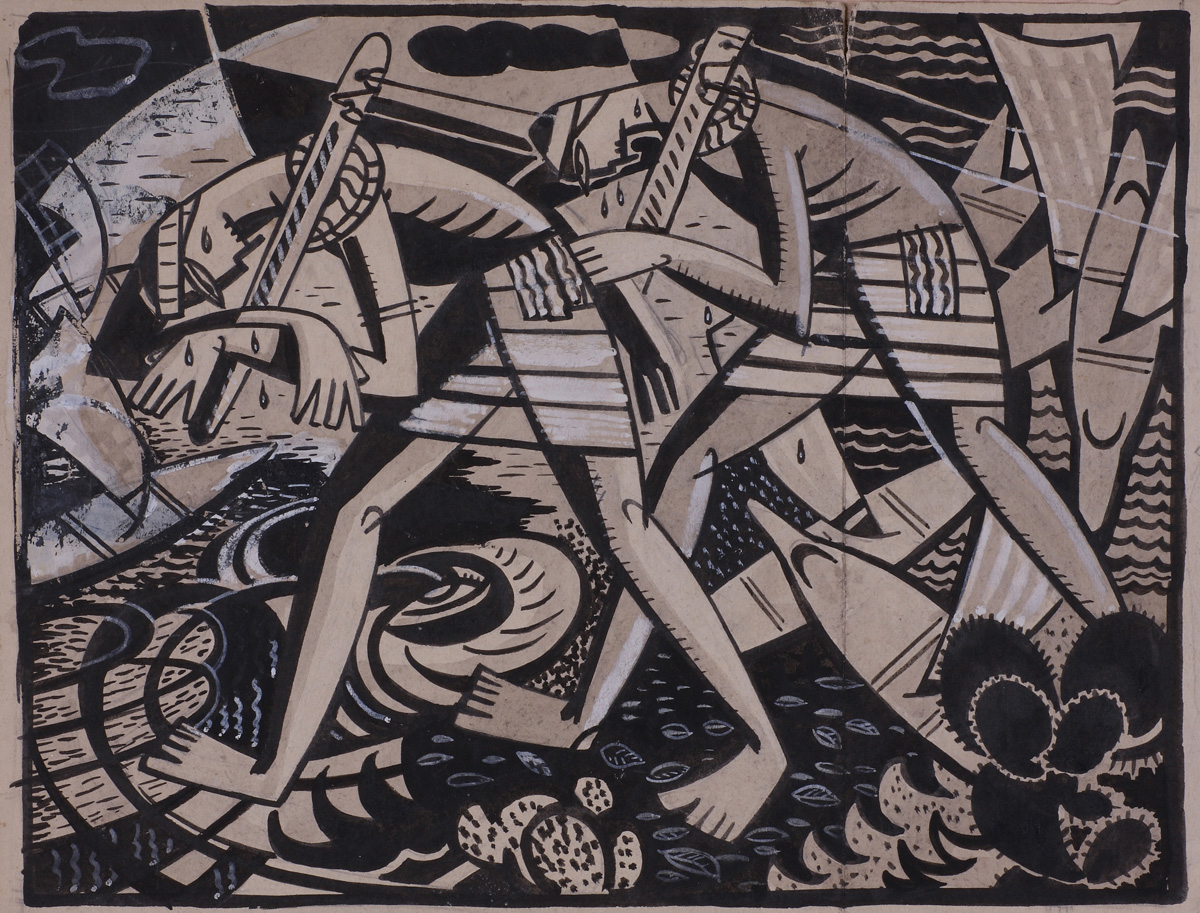 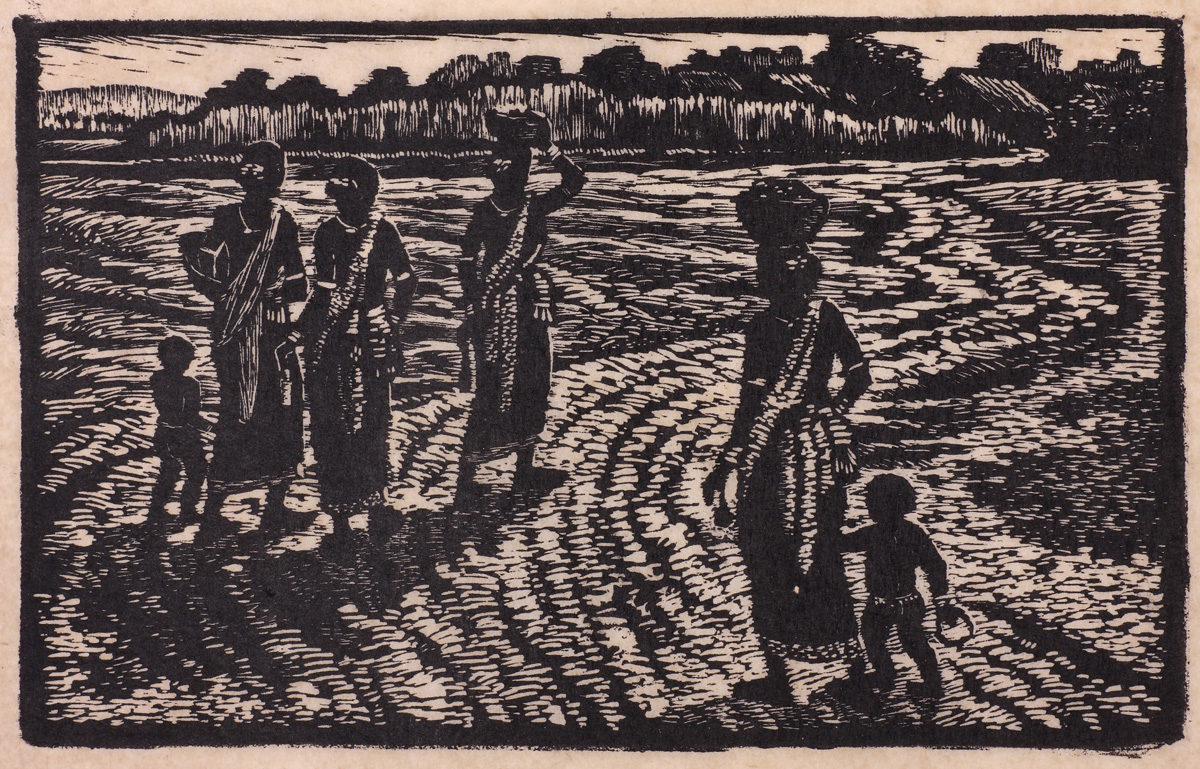 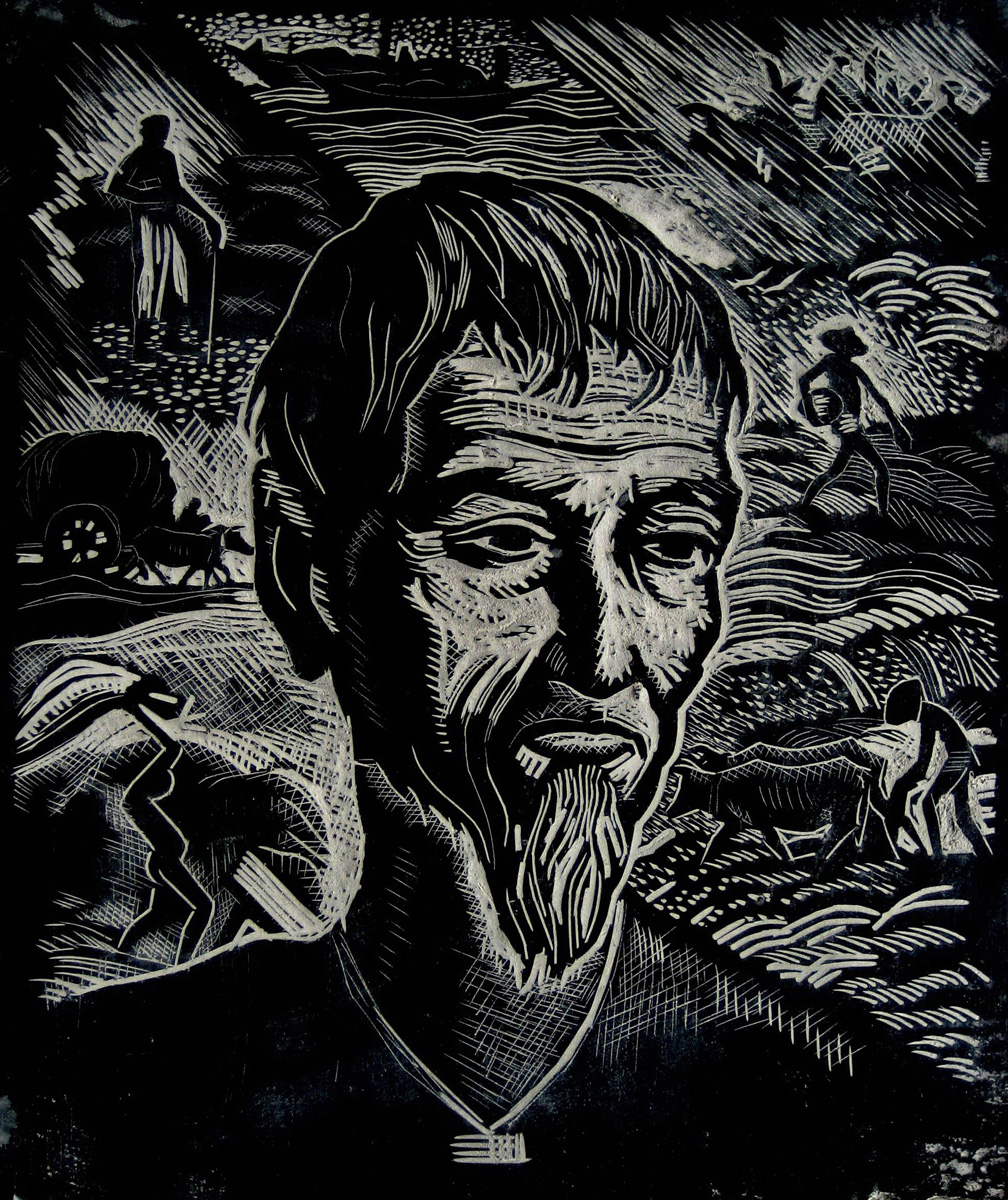 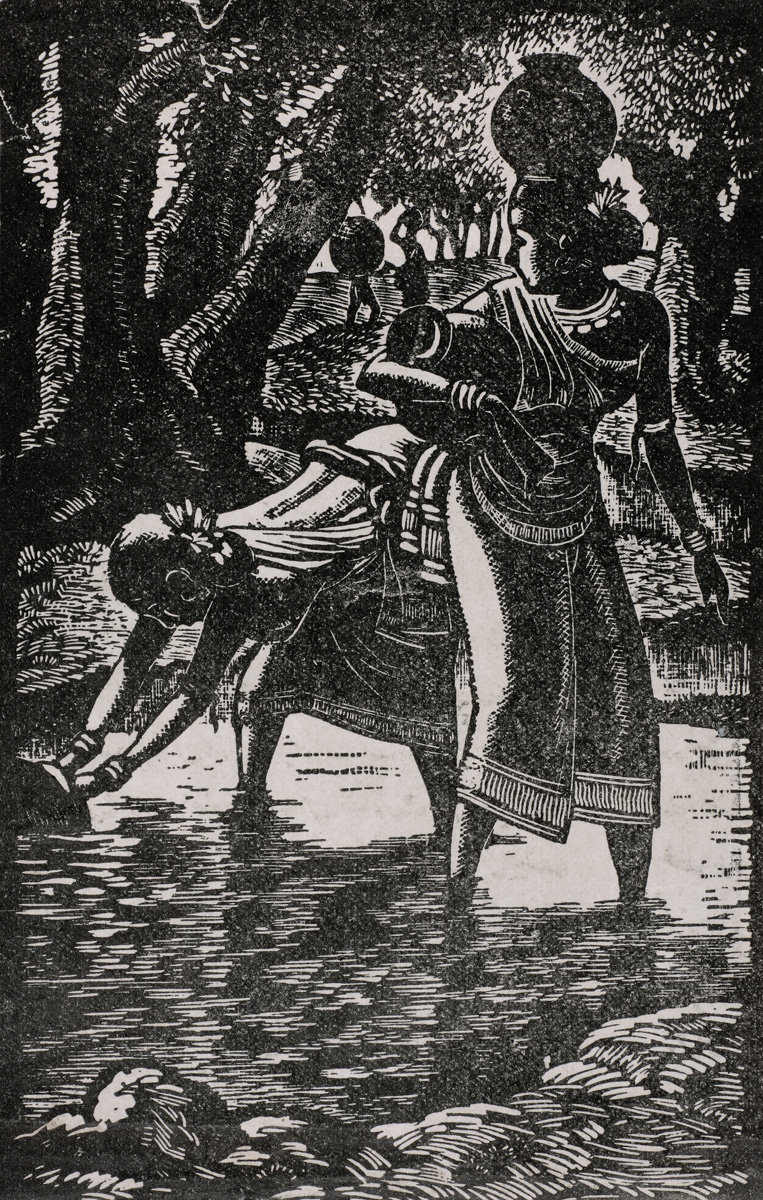 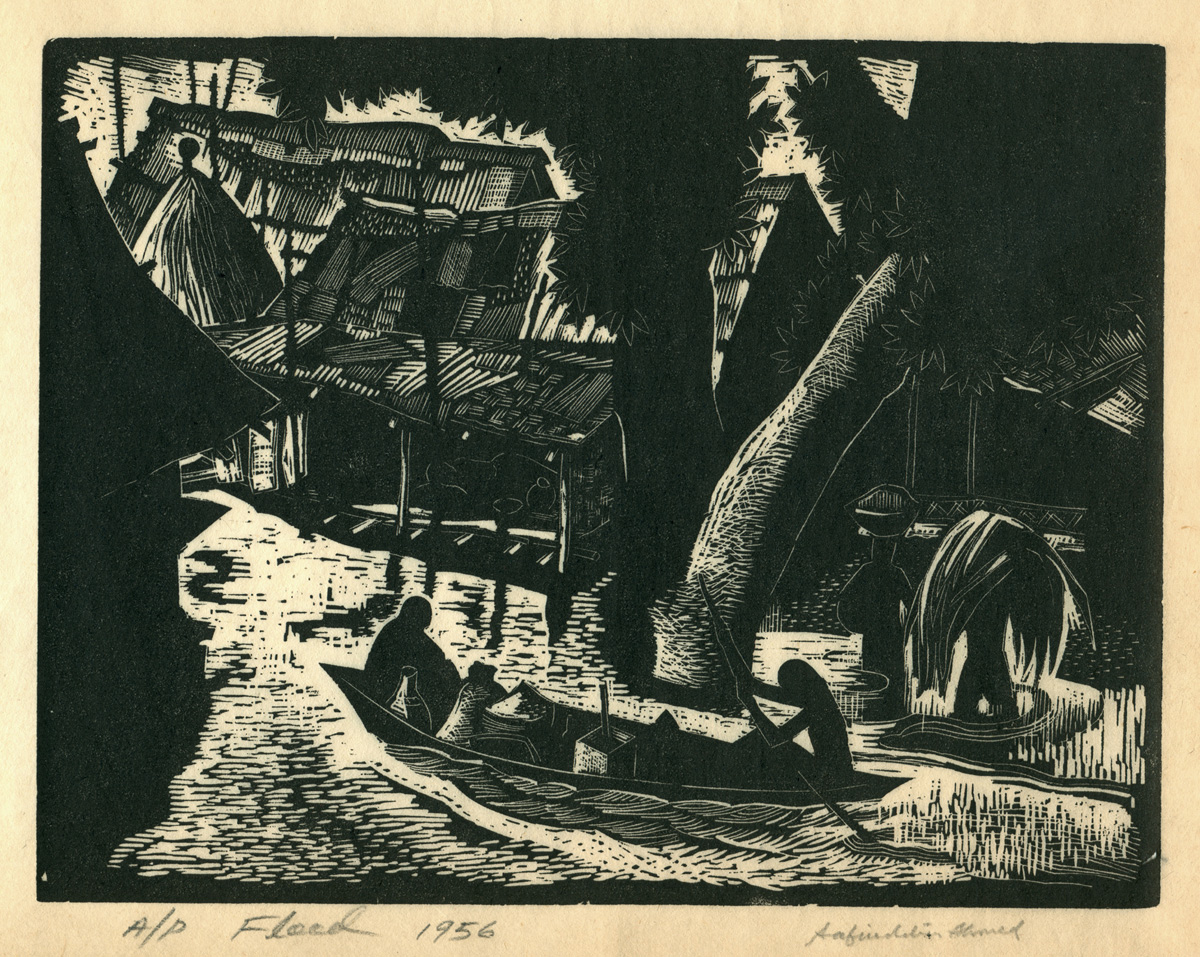 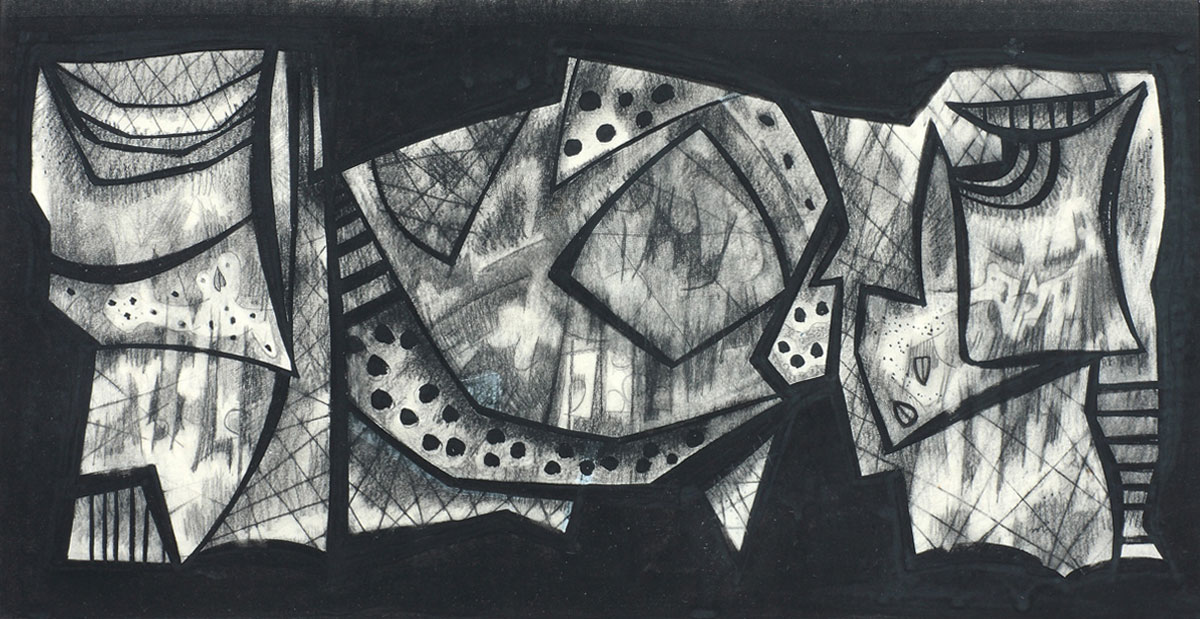 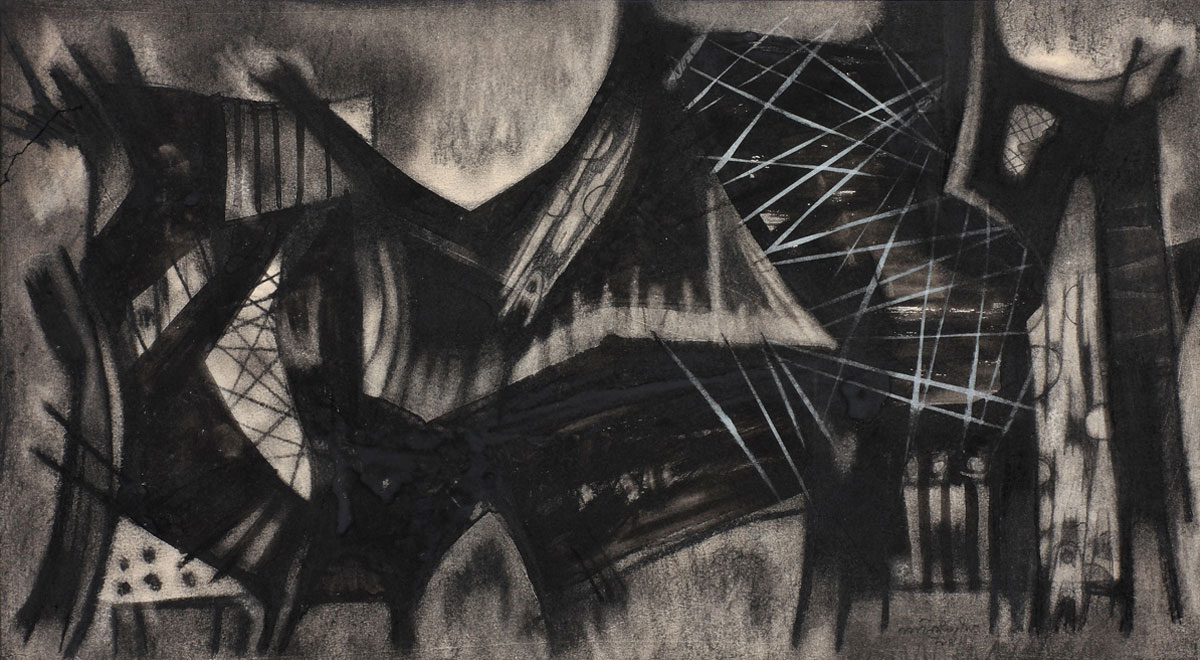 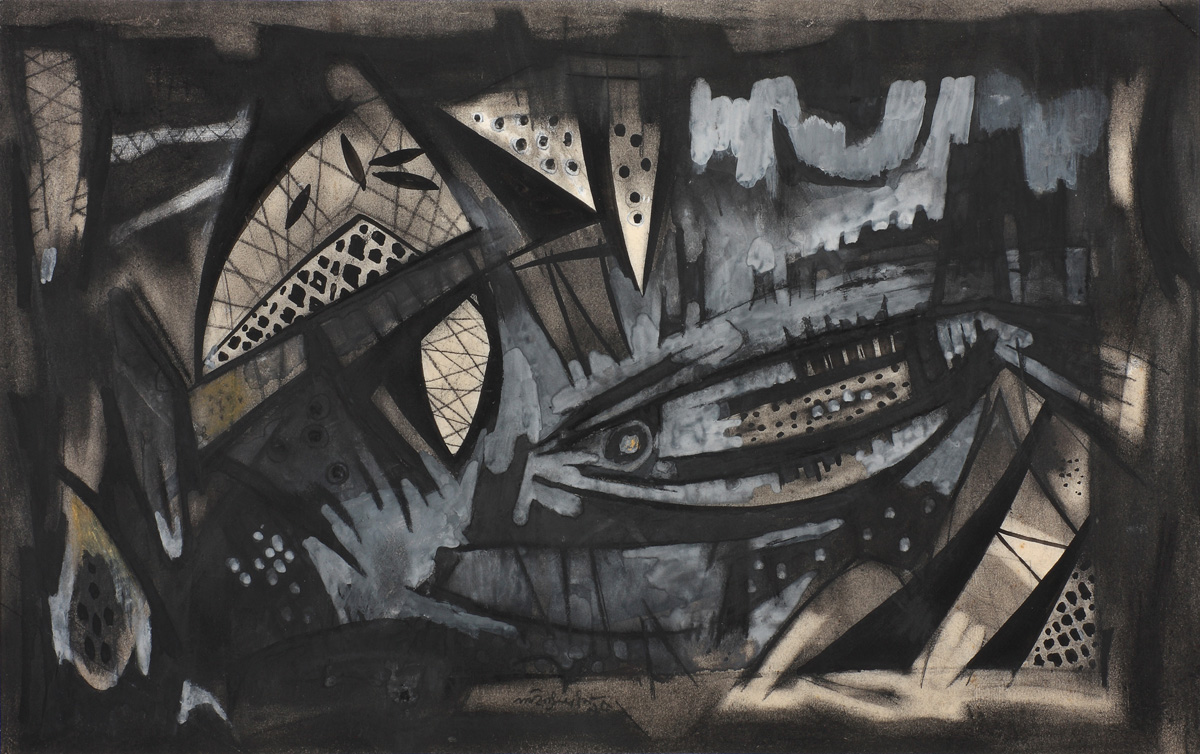 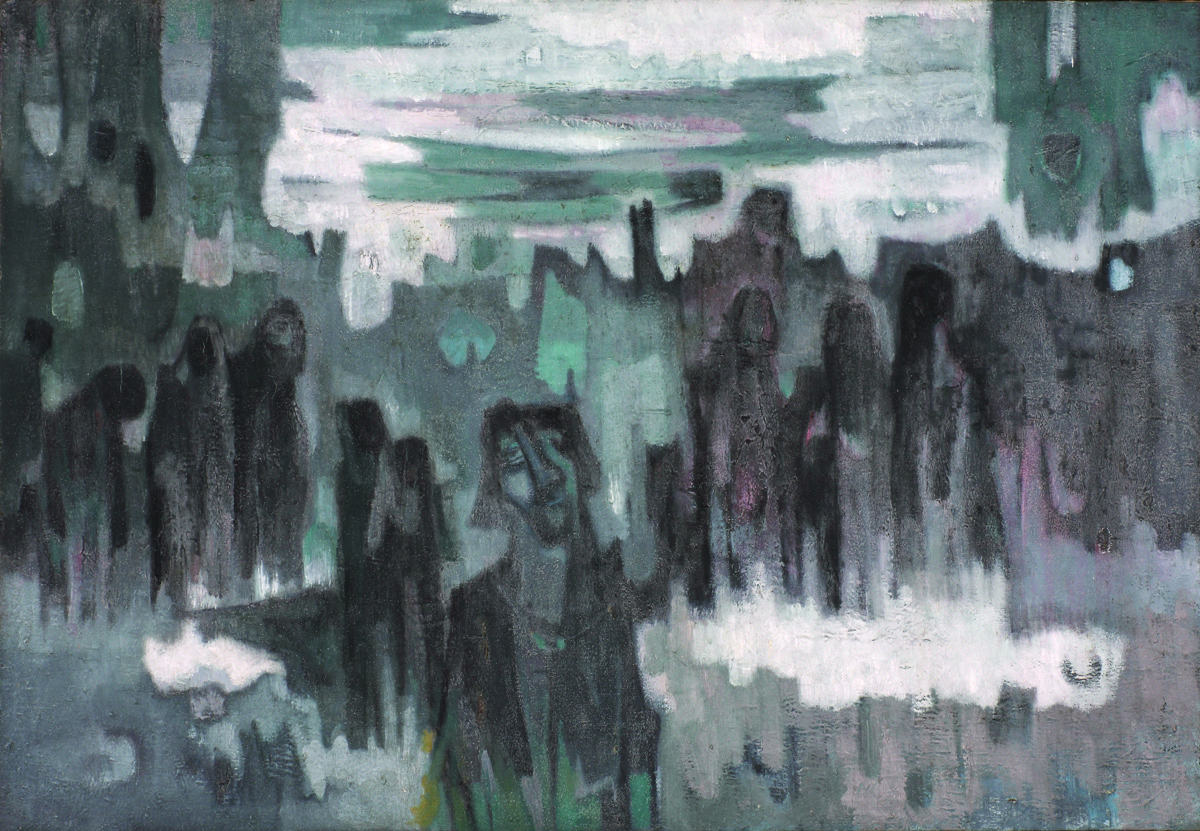 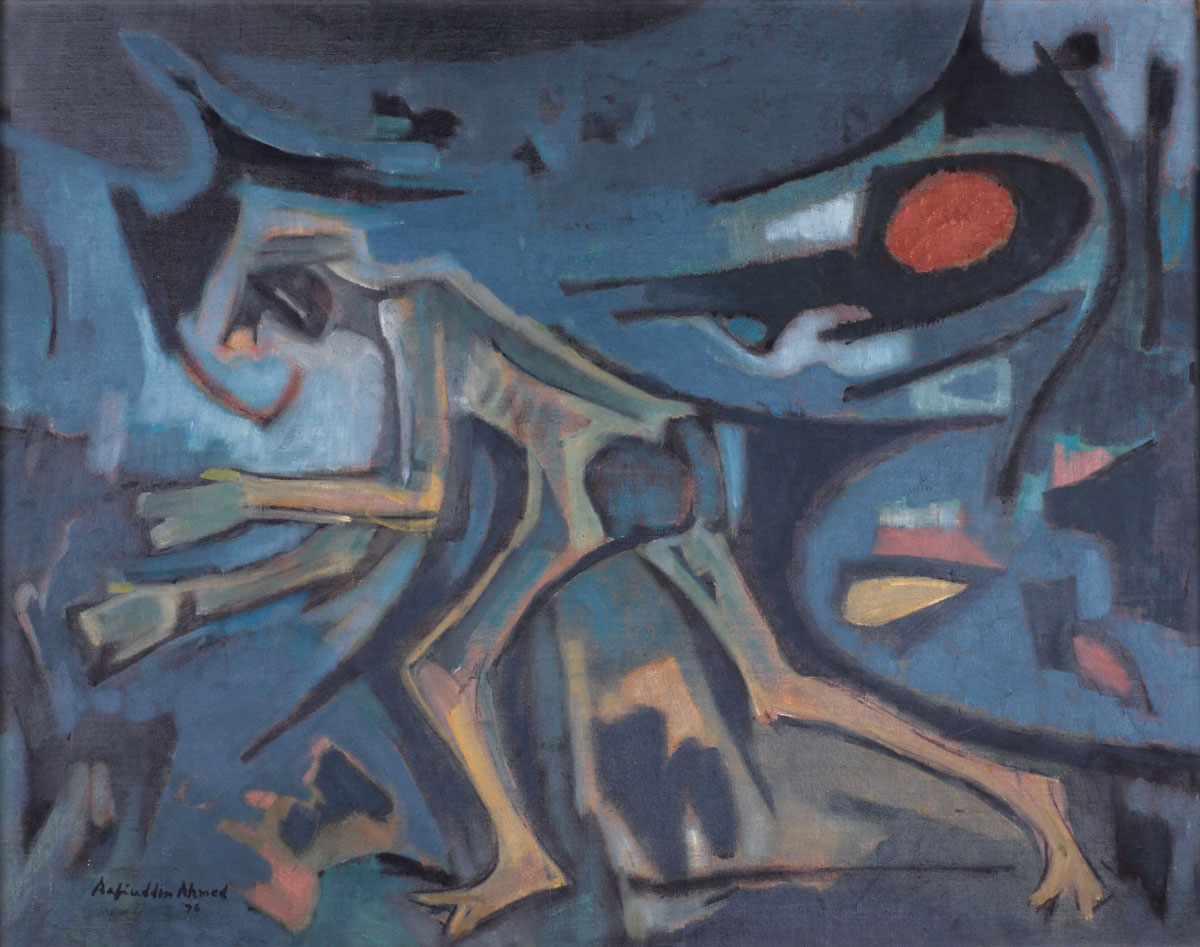 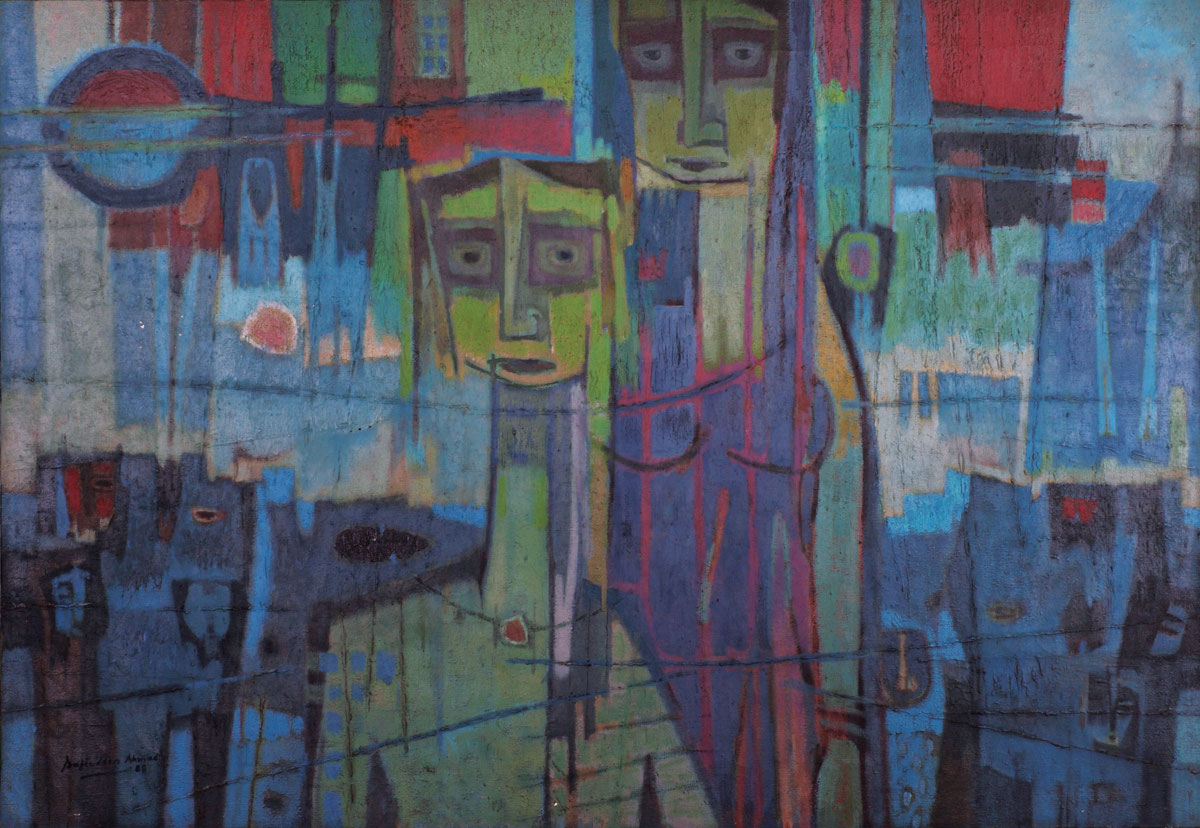 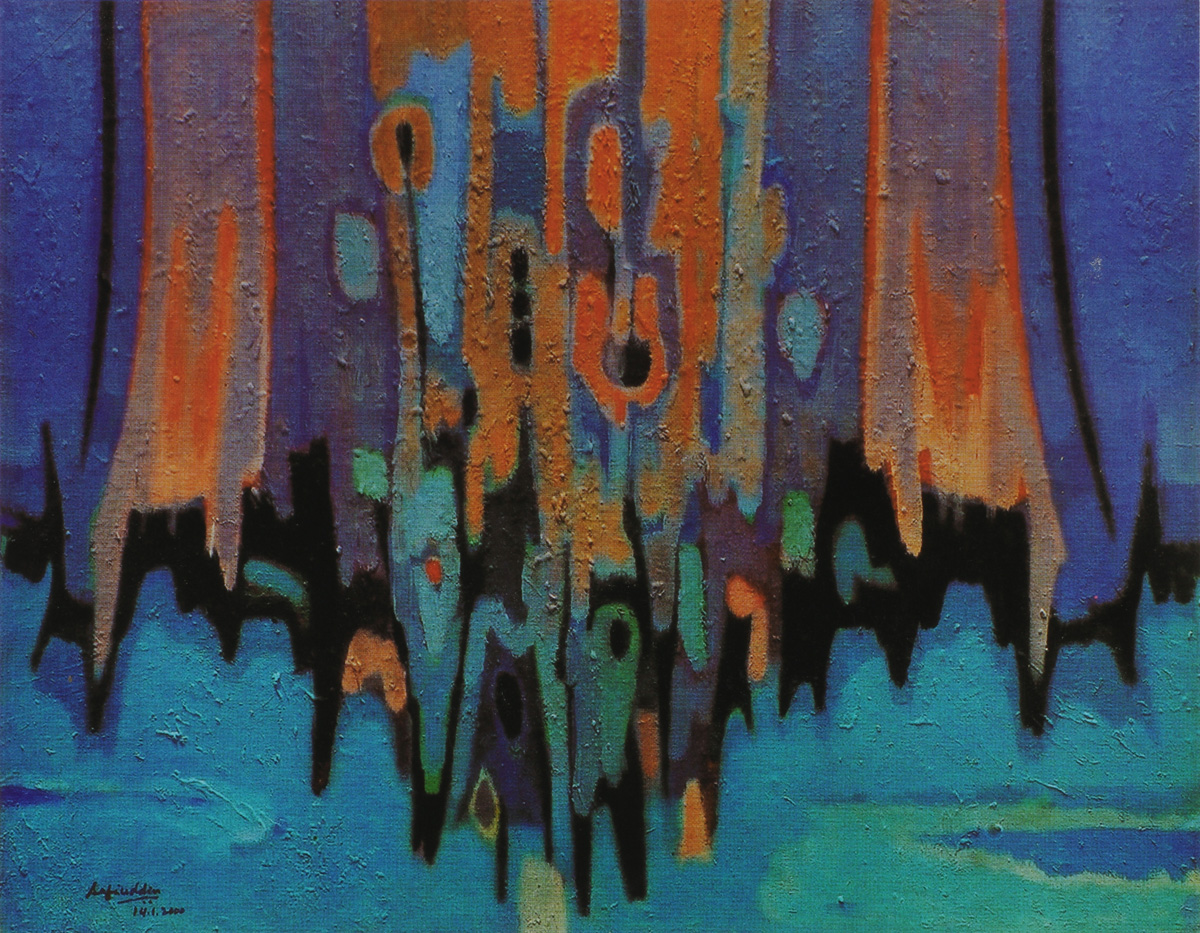 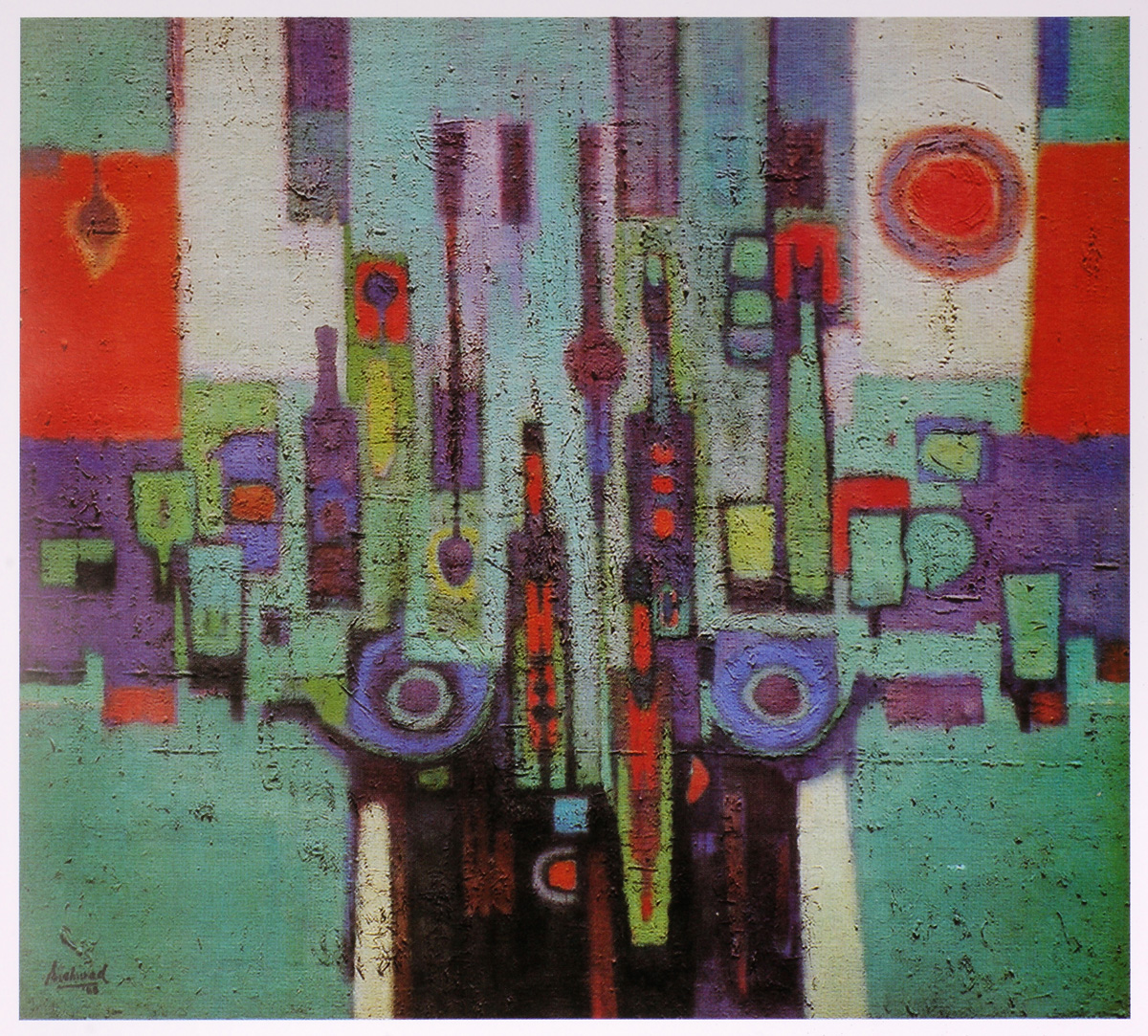 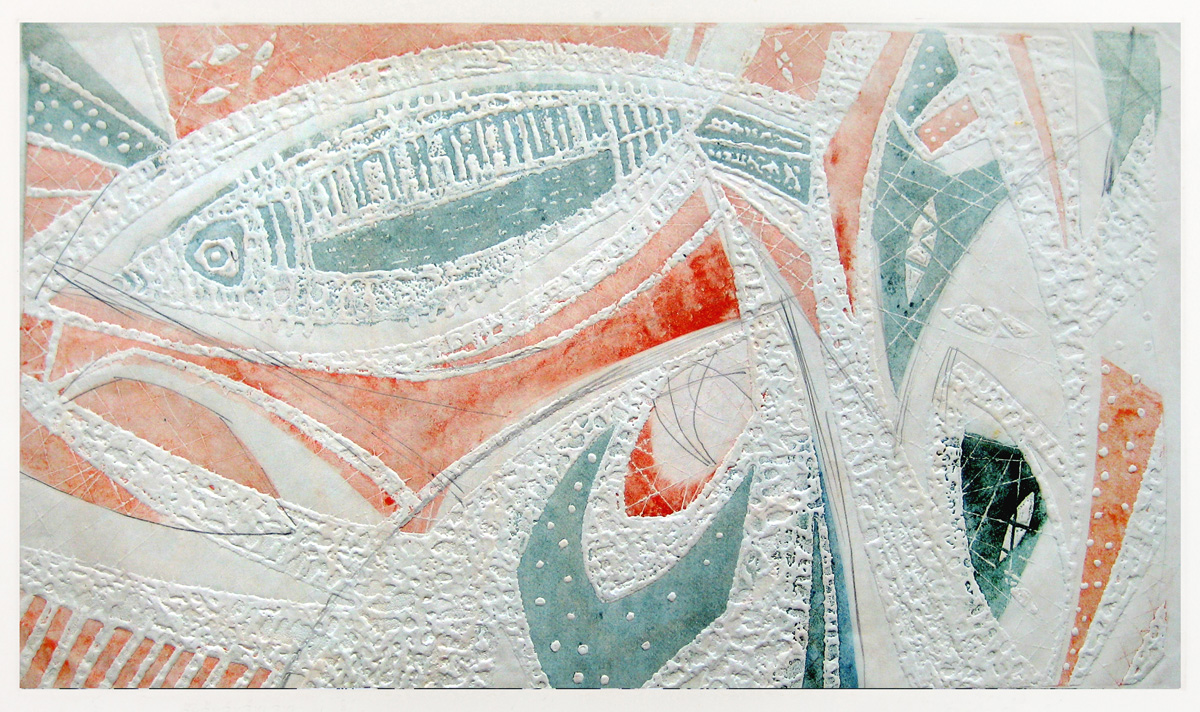 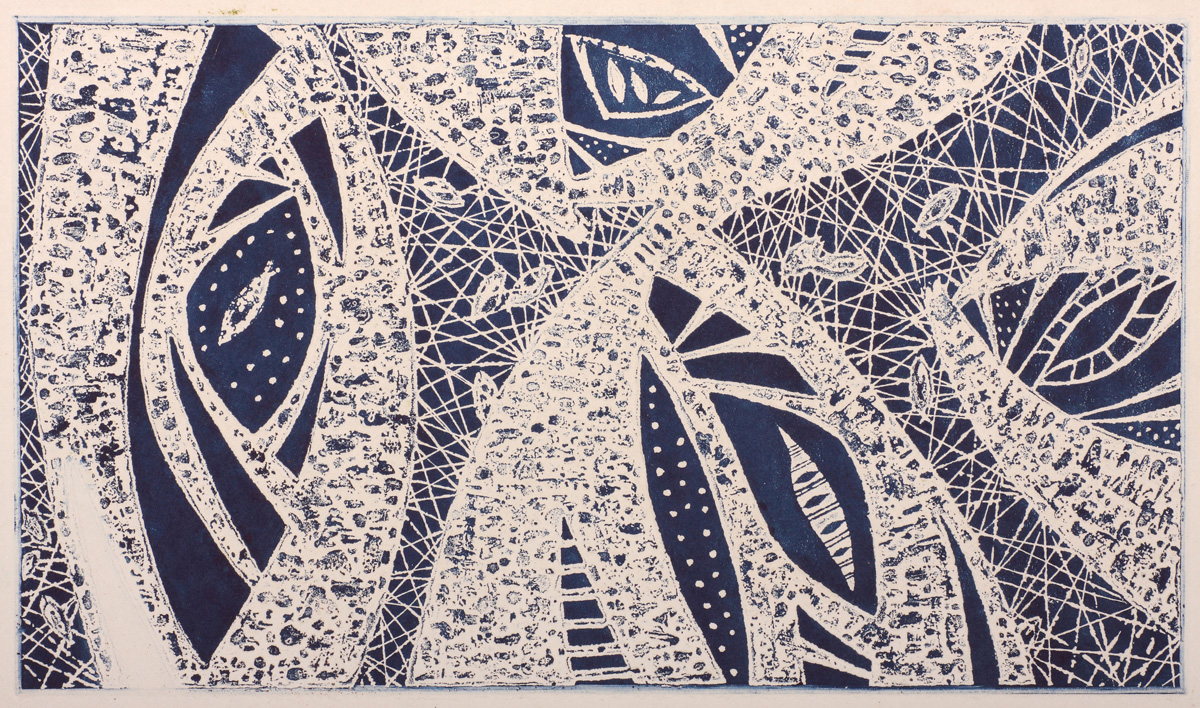 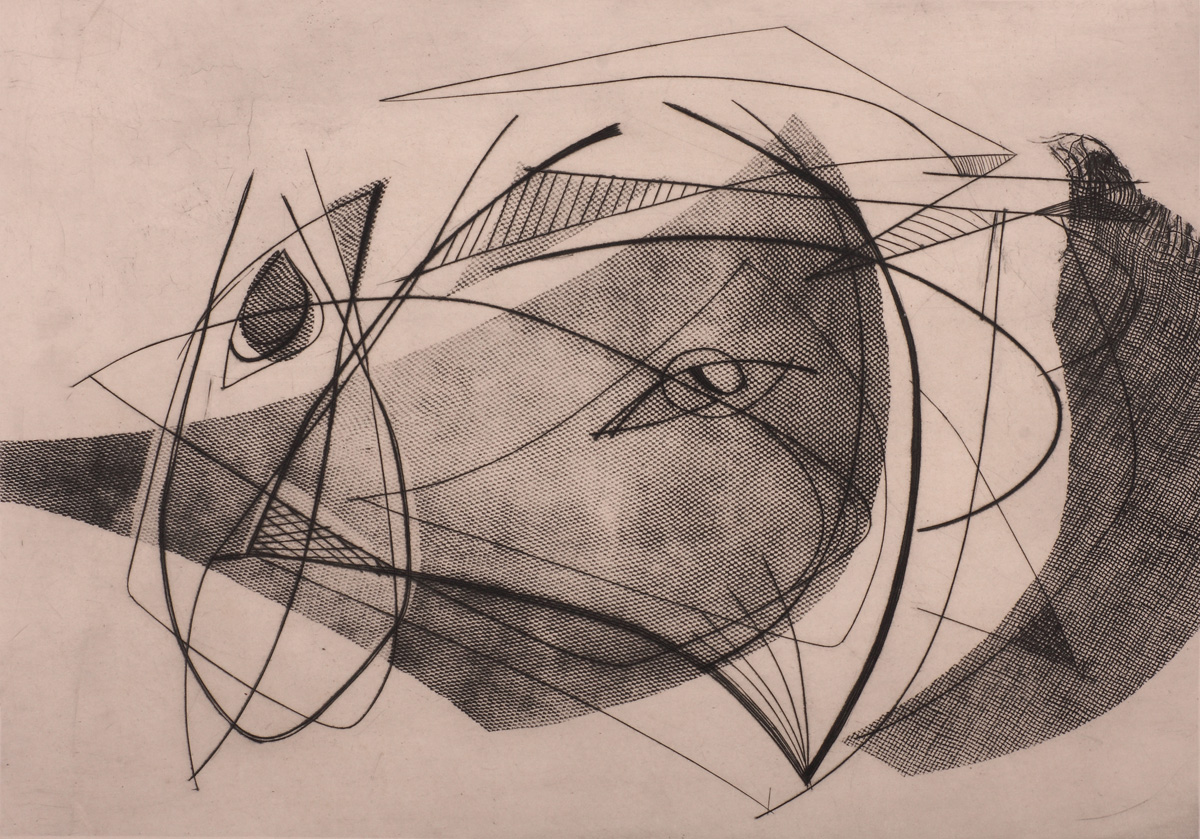 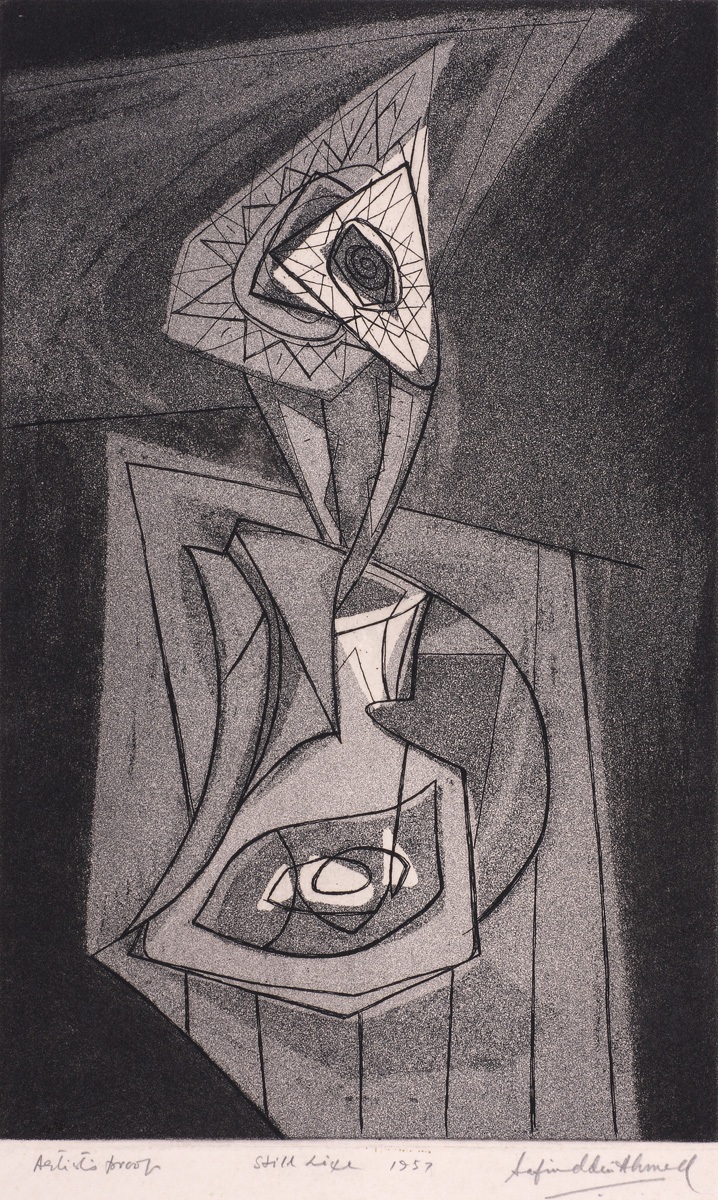 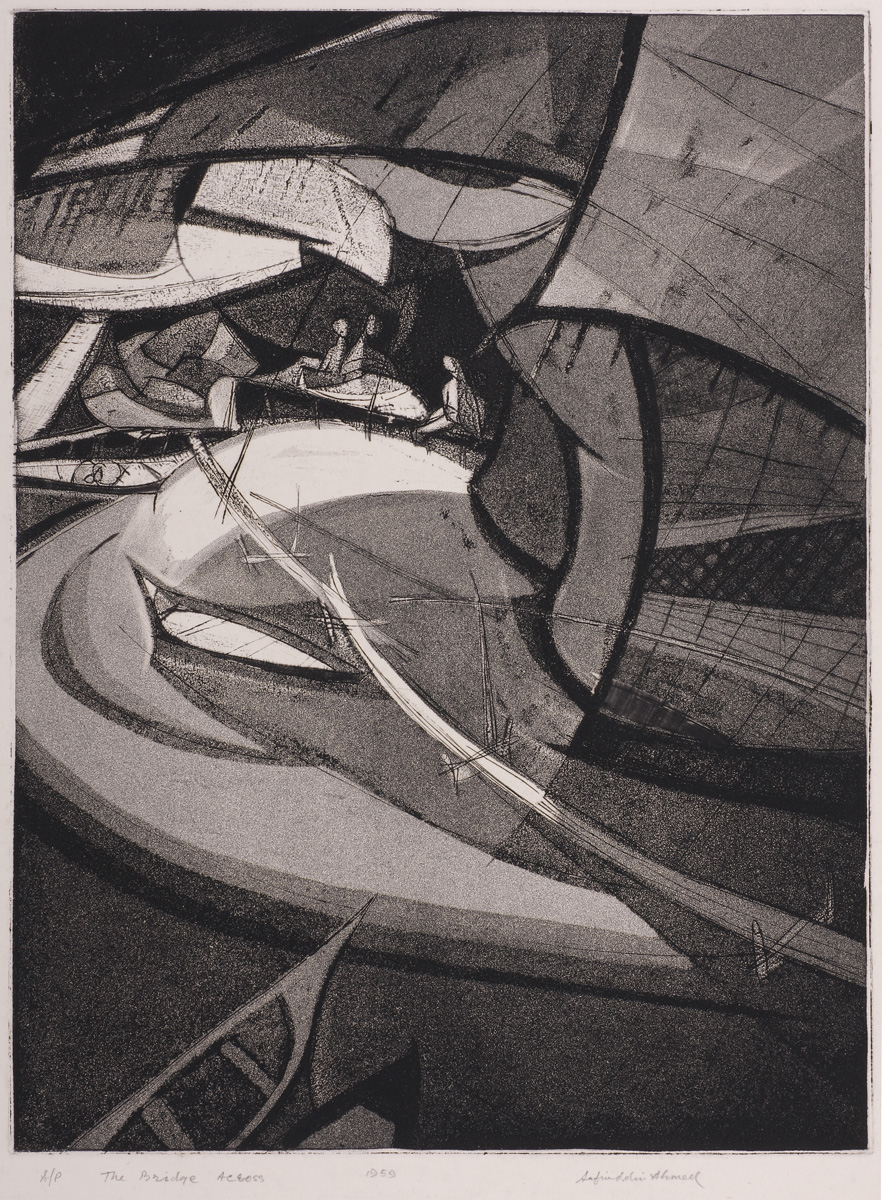 Safiuddin Ahmed (b.1922 Bhabanipur, Kolkata) was one of the members of the founding circle of the art institute in Dhaka.  His constant preoccupation with art, until the very last days, has set a unique example for other artists. He participated in numerous group shows, but had only two solo shows, in 1959 in London and in 2008 at the Bengal Gallery.

Safiuddin studied at the Calcutta Government Art School (1936-42), and also completed his teacher's training course there (1944-46). Among his teachers were Mukul De, Basantakumar Ganguly, Ramendranath Chakravarty, Atul Bose, Prahlad Karmakar, Rissen Mitra, Abdul Moin. He taught lithography at the Government School of Arts in Kolkata during 1946-47. In Calcutta in the pre-partition days he had done both painting and woodcut. Later, in the 1950s he went to England and took further training in etching. He taught in the Institute of Fine Art until his retirement in 1979. Safiuddin's paintings and prints portray, often in swirling vigorous forms and motifs, spectacular symbols such as eyes, fishing nets and boats. He continuously evoked these images to articulate his understanding of the disquiet and anxiety of the time.

Safiuddin received the President's Gold Medal from the Academy of Fine Arts, Kolkata (1945), the Darbhanga Maharaja's Gold Medal from the Shilpakala Parishad, Patna, India (1947), the President's Medal for Pride of Performance in Fine Arts, Pakistan (1963), the Ekushey Padak (1978), the Bangladesh Charushilpi Sangsad Honour (1984), the Independence Day Award (1996) and the Bangladesh Shilpakala Academy Award (1998).

The limitless luminosity of Art: drawings, watercolours and oils